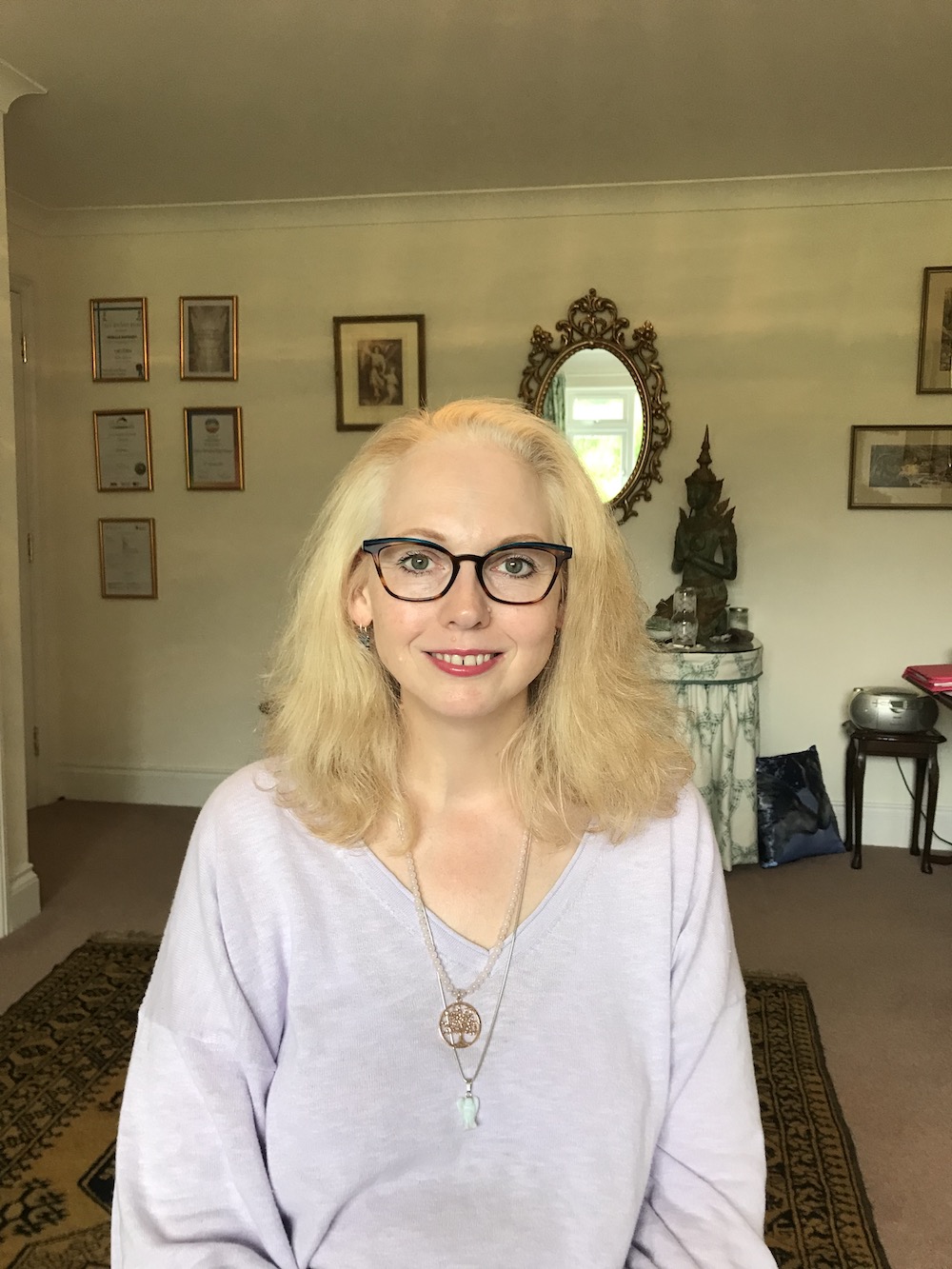 My path to Colour Mirrors, and my own healing journey began after losing both my parents in 2015. In May 2016, and on the spur of the moment, I decided to attend a Spiritual & Psychic Fayre. Through a Psychic Medium, I received messages from both my parents, which was a great comfort, and was also told that I should be doing ‘some kind of healing work’. This was a little surprising, as I had worked in banking for 17 years before leaving to raise a family. The Medium suggested I join a meditation circle to begin with, and a few months later I joined a small group which met weekly.

Meditation was a tremendous support in enabling me release all the emotions connected to grief. I think I cried every week for months! Eventually, I came to an understanding that death is not the end, but merely a transition to another level of existence. Throughout this time, I was also going to regular Clairvoyant evenings. It was always fascinating listening to other people’s messages, but my own were still telling me that I should be doing healing work. Eventually, I took the plunge, and decided to study Reiki. I was intrigued by the concept of Divine energy healing, and I happened to share my birthday with Mikao Usui, who was the founder of this system, which I took as a sign!

I passed my Reiki Level 1 in December 2017, and became a Level 2 Usui Reiki Practitioner in August 2018. I went on to study Crystal Healing, becoming a qualified Practitioner in July 2019. I always call in Angels to help with any healing I do, so it seemed logical to take the next step and learn about Angelic Reiki too! I studied and became a 1st & 2nd Degree Angelic Reiki Practitioner in October 2019. It was during this month that I attended a fayre at Hornsbury Mill, and met Alka Dharam, who is a Colour Mirrors Teacher and Practitioner. She had all her beautiful bottles on display, and I was completely mesmerised by the colours! I chose some bottles and had a reading, and it was astonishing how accurate it was! I bought a bottle, took it home and put it on my bedside table.

Over the next few months, the colours in the bottle began to change as its healing energy began to work on me. I could really feel the difference in me, and after meeting Alka again in March 2020, I decided I would take the Colour Mirrors Practitioner Course, qualifying in September 2020.

I am still completely in awe of the Colour Mirrors system as a healing modality, and find it complements the other healing practices I work with so well. I believe that we are all on a spiritual journey, whether we may be aware of it or not, and that Colour Mirrors can help us all to find healing, clarity and purpose. With love and light!